How much does roof orientation and angle matter for your solar panel production? 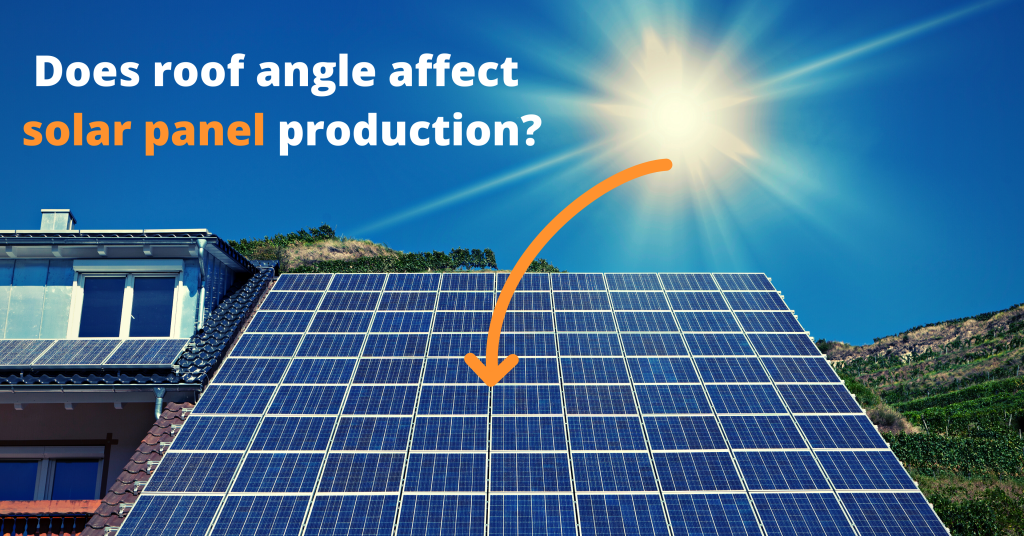 Many people misunderstand  that they can’t install solar for their homes for various reasons, whether because of their roof material,  location, shade, or size of their roofs.  Many factors make a roof more or less appropriate, but while some roof characteristics  make them a complete no-no for installations, other factors have a minimal effect on a solar panel savings. This article will overview two roof elements that affect the efficiency of solar panels: orientation and tilt.

Solar panel should be installed in which direction to optimize production?

Why is the tilt of the solar panels so essential?

The tilt of the solar panels is important because you will get maximum solar panel production when the sun is directly perpendicular to them. As Australia comes in the Southern hemisphere, the solar panels produce most energy when pointed directly towards the sun, i.e. North. The orientation of the solar panels and the angle they’re tilted can have a higher impact on annual energy production. Most Australian houses have a roof pitch of 20° to 30°, which is considered optimum for maximizing solar energy generation. However, the panels could be installed anywhere between 10 to 35° with negligible efficiency loss. A minimal tilt of 10° is helpful to clean dirt and dust on panels by rainfall.

The direction that your roof faces, also known as its azimuth angle, is likely one of the major elements that determine how much sunshine your solar panels will see over the course of the day.

Here within the Southern Hemisphere, you can expect high solar panel efficiency when installed on north-facing roofs. However, even when your roof doesn’t face directly North, it will still produce plenty of electrical energy – no matter where you reside, many people install solar panels on the east- and west-facing roofs too, and save money by doing so!

Why orientation matters with rooftop solar

Usually, solar panels that face directly east or directly west produce less electrical energy than if they were facing North. This doesn’t imply you won’t save money, but if you’re aiming to cover your entire electrical energy utilization with a solar energy installation, you might have to install just a few extra solar panels than you would otherwise need with a north-facing system.

Whereas it’s technically possible to get a solar panel installation on the south side of your roof, it’s not a good t location for solar panel production (actually, it’s the worst) –you’ll probably want to make use of special mounting so that the panels oppose your roof’s slant as a way to generate electrical energy. This means they won’t sit flush along with your roof and can still produce comparatively less electrical energy. If a southern-facing roof is your only choice, consider alternative installation choices, such as ground-mounted solar.

Ideally, a fixed, roof-mounted solar energy system must be at an angle that is the same as the latitude of the location where it’s installed. However, pitch angles between 20 and 30 degrees will work properly in most conditions. Luckily, the angle of your rooftop has a lower impact on solar panel production than the direction your roof faces.

Keep in mind; you don’t need to live in the sunniest state in the country or have a rooftop that faces directly north to benefit from the solar panel savings – the most important factor in deciding your solar panel savings is how much you pay for electrical energy. By going solar, you can cut back and even get rid of your utility electricity prices, even if you  aren’t entirely maximizing your electricity generation, your solar investment can still repay enormously.

Get your solar panel installation done with AYKA Solar. We will provide you with top-quality products and take care of installing them perfectly for your house. Our solar experts will design a solar energy system that will give you the  most solar panel efficiency in future. 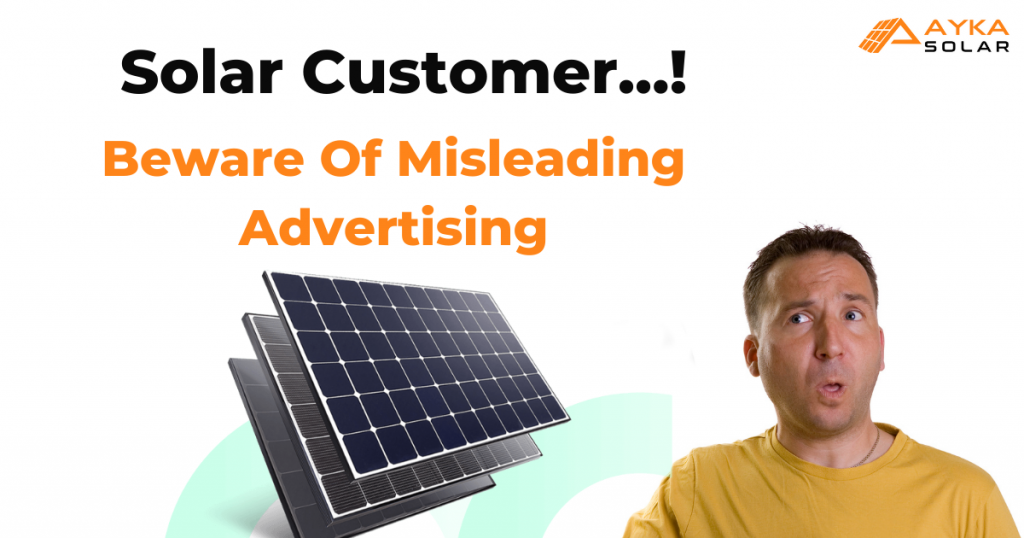 The Australian government does give significant incentives to promote solar... 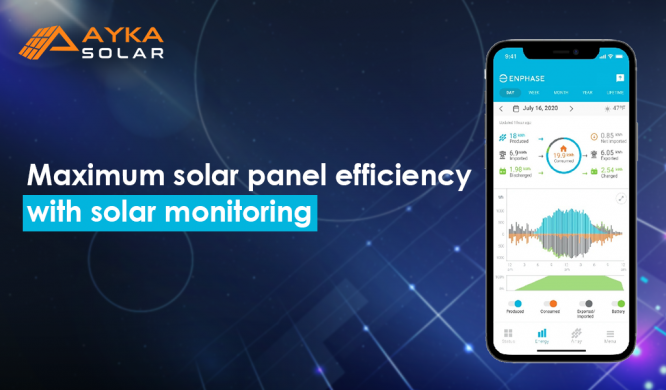 What is Solar Monitoring?  The process of going solar isn’t... 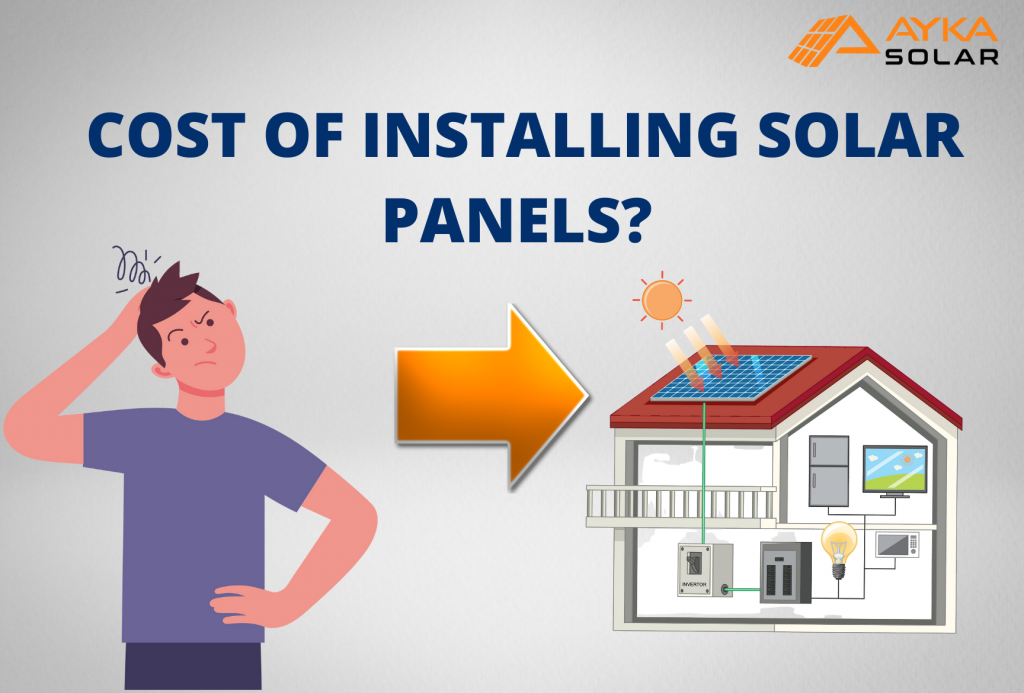 WHAT IS THE COST OF INSTALLING SOLAR PANELS?

Are you thinking of installing solar panels but looking for... 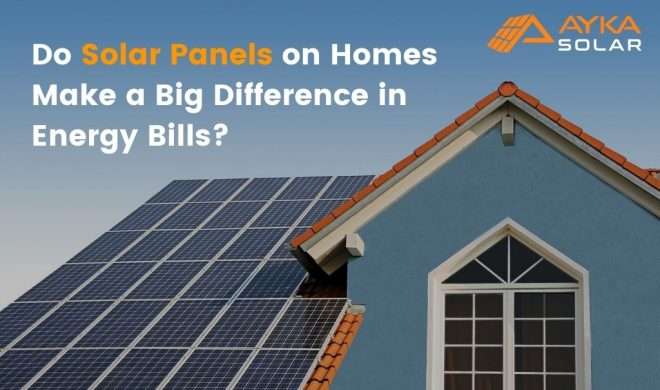 Do solar panels on home make a big difference in energy bills?

Yes, solar panels on home will make a big difference in...